The launching ceremony of the promotion week of “5G + 4K/8K + AI” media innovative application was held on Tuesday.

Shen Haixiong, vice minister of the Publicity Department of the Communist Party of China Central Committee, and president and editor-in-chief of CMG, vice presidents of CMG Yan Xiaoming and Jiang Xiwei, CMG’s editorial board members and the heads of China’s three major mobile network operators attended the ceremony.

During this year’s Two Sessions, CMG will use 5G network to conduct live broadcast and ensure an all-angle coverage of the event. The 8K real-time videos produced by CMG will be uploaded on all new media platforms and displayed on more than 400,000 ultra-clear large screens in major cities across the country. 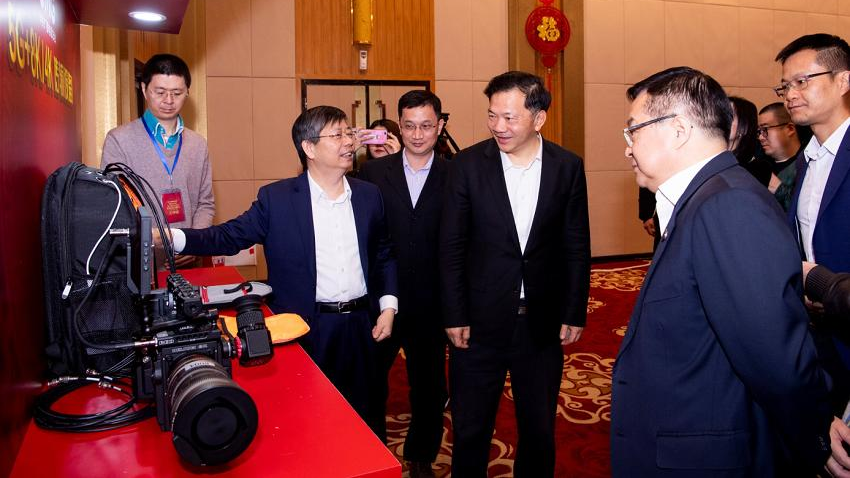 The 5G, 4K/8K and AI technologies are restructuring media production and broadcasting techniques, extending an opportunity of leap-forward development of traditional media.

This year, CMG will make every effort to promote its transformation from a traditional radio and television media to an all-media organization, producing world-class original video and audio content. The media giant will also focus on the transition from traditional program production and broadcasting model to deepening supply-side structural reform on content production, as well as the switch from traditional technology layout to “5G + 4K/8K + AI” strategic pattern, according to Shen.

He added that CMG will continue to cooperate with other partners, including the three major mobile network operators, to carry out the technological innovation of video and audio production and broadcast in 5G context, and comprehensively promote the leap-forward development of radio and television media and communication technologies.

Our mission is to preach peace, unity, and progress in Igboland, says Ezenagu

China plans to carry out 40 space launches in 2020