Another feather in the cap of Gen Shuaibu…

Chinese President Xi Jinping on Thursday paid a visit to relocated residents for the country’s mega water diversion project on the second day of his trip in Nanyang, central China’s Henan Province.

His visit this time marks his sixth inspection around the country this year, following southern areas of Guangxi and Fujian, southwest province of Guizhou, northern province of Hebei and capital Beijing.

To quench the thirsty north

The South-to-North Water Diversion Project – the world’s largest operation of its kind – was designed to optimize the allocation of water sources of the country and quench the thirsty north. Essentially, that would require taking water from China’s longest river, the Yangtze, through the project’s eastern, middle and western routes to feed the north.

On Thursday afternoon, Xi, also general secretary of the Communist Party of China (CPC) Central Committee, went to the county of Xichuan, where he inspected the Taocha Canal Head, the Danjiangkou Reservoir and the village of Zouzhuang.

He also learned about the resettlement of people relocated because of the project, and measures to develop specialty industries and boost the incomes of resettled residents.

Xi told the villagers that he was concerned about their livelihoods and the whole nation should be gratitude for their sacrifice to make people along the route to drink good quality water. 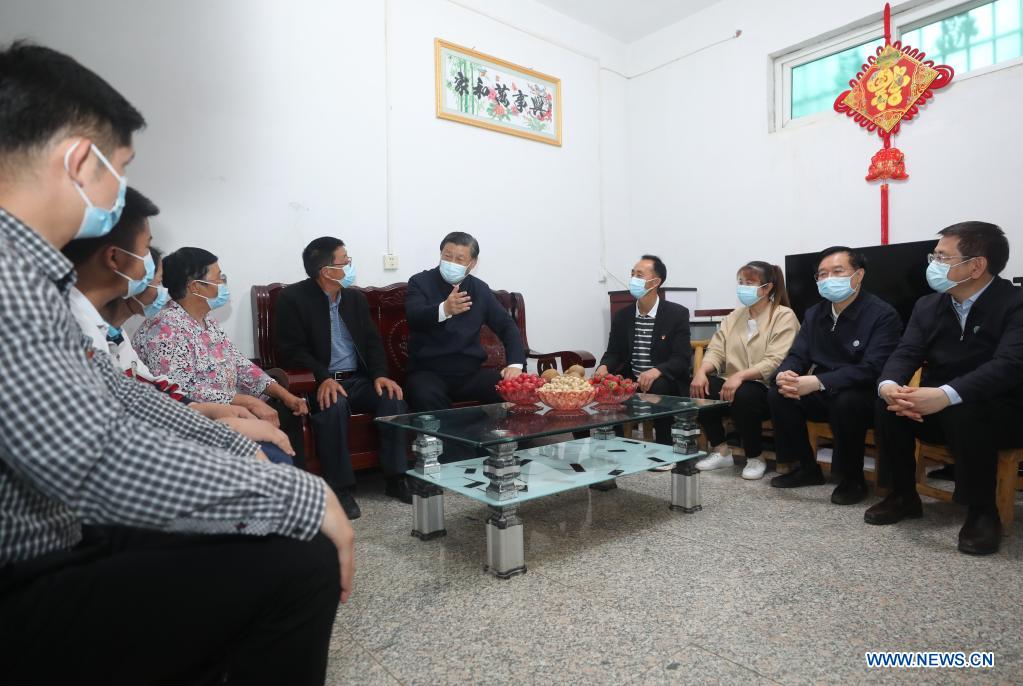 According to official data released in February, over 40 billion cubic meters of water were transferred through the project’s middle and eastern routes since part of the project went into operation.

The middle route of the project – the most prominent of the three routes of the project – starts from the Danjiangkou Reservoir in central China and runs across Henan and Hebei provinces before reaching Beijing and Tianjin.

Xi also visited a villager surnamed Zou. Zou said life is getting better thanks to the leadership of the CPC.

“This year marks the 100th founding anniversary of the CPC. 100 years ago, the CPC was founded to make a good life for the people, not for its own interests,” Xi said.

International students celebrate Spring Festival in their own way in Shanghai

China is certified malaria-free by WHO

How does Xi Jinping express gratitude and love to his mother?

ECOWAS engages stakeholders on Domestication of the Kampala Convention on IDPs