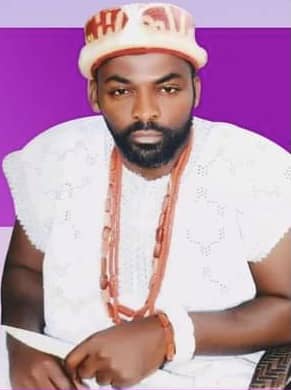 According to a letter signed by the Counsel to Oruku Caretaker Committee, Barrister Okey Okoh, the community members are asking for justice for their assassinated Traditional Ruler, and prosecution of those linked to the murder within the confines of the law.

The letter titled ‘Open Letter to the President and Commander-in-Chief of the Armed Forces of the Federal Republic of Nigeria on the gruesome murder of the Traditional Ruler of Oruku Community, HRH Igwe Emmanuel Mbah” highlighted the fears of the community; alleging that high ranking individuals may be compromising their quest for justice.

According to the letter which was addressed to President Buhari, and copied to Enugu state government as well as Inspector General of Police “what is baffling the Public; especially people of Enugu State, Oruku indigenes and the family of the murdered Igwe in particular, remains that since December 2020, the known killer of HRH Igwe Emmanuel Mbah; has not started facing orderly room trial much more being prosecuted in our regular Court”.

“Are there more to it than the eyes can see?”
“That it was gathered that a complaint letter dated 20th April 2021, was written to the Inspector General of Police; for the transfer of the case to Enugu where the crime was committed by Inspector Dennis Daniel (for Territorial Jurisdiction of the Court) and we were reliably told that the Inspector General of Police graciously approved the transfer, based on territorial Jurisdiction. The said IG’s signal was sent to Enugu State Commissioner of Police on 7th May, 2021, directing him specifically as contained in the signal to deal with the matter. This Superior Order was signed by one Acting Commissioner of Police, Idowu Owohunwa (Principal Staff Officer to I.G), under cable No. CB/7000/IGP:SEC/ABJ/VOL.536/237

“That another Signal with signal number – AR:3000/ENS/X/D4/VOL. 40/84X from Enugu Commissioner of Police to the DIG (FCID) informing him of the authority and approval from IG, for the case to be transferred to Enugu.

“That information reaching our clients from Force Headquarters has it that Inspector Dennis Daniel is said to have threatened some high ranking Police Officers at Force Headquarters that if he is to be prosecuted for the murder of Igwe Emmanuel Mbah, he will surely let the cat out of the bag and surely heads of very Senior Police Officers will roll.

“That Nigeria Police has not commenced any investigation known to our clients in this matter”.
However, they appealed to President Buhari to use his good office to direct as follows:

“That the Inspector General of Police should expediently look into the petition.

“That the Inspector General of Police automatically and by the directives of the President to investigate and prosecute the offending police officer and/or officers involved in the murder of HRH Igwe Emmanuel Chidiebere Mbah.

“Why the offending Police Officer has been released from detention without Police orderly room trial up-to date. 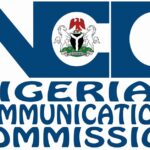 Publishers have to be creative so as to remain in business

They ‘ve killed my only son

#EndSARS: The significance of peace among FCT youths