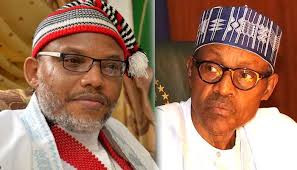 …Your order for his release not against separation of power, Olawepo – Hashim

More chieftains of he ruling All Progressives Congress (APC) have joined in the numerous call for President Muhammadu Buhari to grant an unconditional release of ;leader of the Indigenous People of Biafra, (IPOB), Nnamdi Kanu

Following a dialogue between members of IPOB and prominent Igbo leaders that led to the cancellation of IPOB ordered one week sit – at – home that would have posed serious threat to the November 6, Anambra state governorship election, prominent Igbo leaders and South east governors had promised to meet with president Muhammadu Buhari and deliberate on issue in the zone, including the demand for Nnamdi Kanu, who is currently facing trial for alleged treason

At one of the meeting last week with the president, prominent Igbo leaders, led by first republic minister, Mbazuluike Amechi demanded for the release of the IPOB leader as one of the measures to return a lasting peace to Igbo land

The president in his response, promised to consider the request, which he however described as heavy.

Among the chieftains of the All Progressives Congress (APC), who jpined in the call for Nnamdi Kanu’s release are Osita Okechukwu, Director General of the Voice of Nigeria (VON), who  pleaded with President Muhammadu Buhari to honour elder statesman, Chief Mbazulike Amechi and his team of Igbo elders with the release of the leader of IPOB

Speaking to newsmen in Abuja on Sunday, Okechukwu also appealed to IPOB to support and promote Nigeria president of Igbo extraction in 2023 as a personal project.

Speaking further, the Director-General Voice of Nigeria (VON) explained that “one stone is the release of Mazi Kanu, another is the return of economic activities in our geopolitical zone and thirdly IPOB support will no doubt rekindle wider support of Nigeria president of Igbo extraction 2023 project.”

“My understanding of IPOB agitation is to end Igbo marginalization; if that is the case then our 2023 Nigeria President of Igbo extraction will be the end of the civil war. Nigerians are waiting for IPOB to change gear,” he noted.

Also joining in the call for Nnamdi Kanu’s release, another APC chieftain and  former Presidential Candidate, Gbenga Olawepo-Hashim  described the demand for the release of Nnamdi Kanu, the leader of the proscribed Indigenous People of Biafra, IPOB as a good step towards consolidating national unity and reconciliation.

In a statement released by his media office in Abuja on Sunday, Olawepo-Hashim explained that “the state has the power of Nolle prosequi, through the office of the Attorney General to discontinue any prosecution in the National interest especially in this context in exchange for peaceful conduct.”

He added that “following the President’s visit to Imo State on September 9, 2021, we had hinted on this direction as well during the peacefully conducted Anambra Election on November 6, 2021, which saw the contributions of many stakeholders to achieve.”

Olawepo Hashim noted that he decided to join the APC in February this year because he “saw a genuine and honest commitment on the part of a more energised President Buhari, GCFR to leave a legacy of peace, security and democratic consolidation.”

He listed what he called the “quick gains in this direction” to include:

The now settled introduction of electronic transmission of results of Election making for cleaner elections as seen in the last Anambra Election; the possibility of Direct Primaries for the election of party candidates to return power to the people particularly young people and the increasing progress in the fight against banditry and terrorism.

He therefore noted that “the President needs all the encouragement and support he can get in this direction”, adding that “no President can solve all problems in a tenure, and if these minimum are achieved, this would be a new beginning “

Reacting to President Buhari’s comment that ordering his release would run against the spirit of separation of power, counsel to the detained IPOB leader, Aloy Ejimakor has argued that the unconditional release of his client lies with the Executive arm of government and not the Judiciary.

Ejimakor in a statement, quoting section 174 of the Nigerian Constitution as amended, said the unconditional release of Nnamdi Kanu lies with the executive and not the Judiciary. 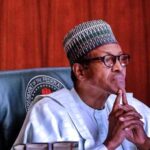 Buhari approves release of $1b for security in Northeast