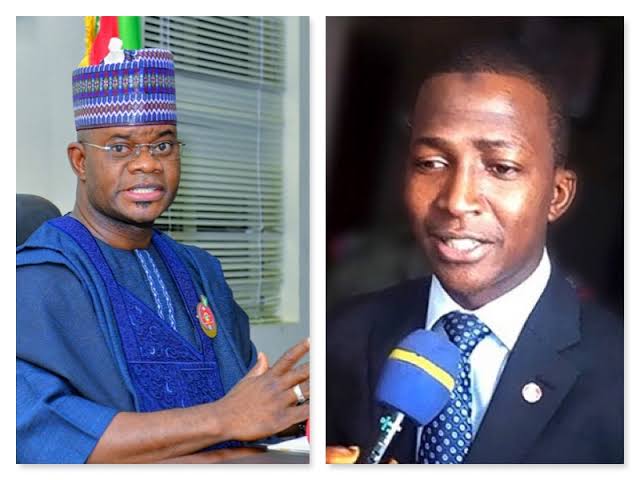 The news making round between the Kogi State government and the Economic and Financial Crimes Commission (EFCC) has assumed a worrisome dimension. While it has been regarded in some quarters as a manifestation of power play, it must be stated that there is more than meets the eyes in the ensuing saga.

The Kogi State government has alleged that the Economic and Financial Crimes Commission is doing a hatchet job for some unnamed politicians. I find this rather curious, even on the heels that the EFCC has reportedly returned the sum of N19.3 billion bailout funds allegedly hidden by the state in an account in Sterling bank to the Central Bank of Nigeria.

Firstly, the said account indeed belongs to the Kogi State government, and signatories to that account are officials of the Kogi state government. Secondly, the sum of N19.3 billion was found in the account, which was meant for payment of salaries derived from a bailout by all intent and purposes. And thirdly, Sterling Bank and the Central Bank of Nigeria have not come out to refute the position of the EFCC with regards to the funds found in the account.

I wonder what the Kogi state government is up to regarding the avalanche of denials it has been struggling to put up. Could it be that the Kogi state government thinks Nigerians are gullible and therefore wants to change the narrative and paint a picture of a political witch-hunt? If indeed this is the strategy, it is a very puerile one, and it should be discarded with immediate effect.

The fact remains that the Kogi state government operates an account with Sterling Bank, and funds in that account were bailout funds meant to pay salaries to impoverished workers in Kogi state that have suffered untold hardship in the past six years since the incumbent governor assumed office.

Suppose we all recall that it was in Kogi State that salaries were paid in percentages. In most instances, workers go as long as six months before receiving salaries. It was also in Kogi state that it took the state government almost a year to verify workers. And in the period, wages were not paid to workers.

I think the Kogi state government has not been responsible enough with regards the welfare of workers in the state, and this could be adduced as one of the reasons why during the reelection campaigns, it was on record that a state governor knelt to plead on behalf of the Kogi State government during campaigns.

This is the stark reality on the ground regarding the utilization of funds meant for workers welfare. And to think that the state government can put up a denial instead of apologizing is more demeaning and insulting to the sensibilities of Nigerians unless the Kogi state government wants to deny ownership of the N19.3 billion found in the Sterling bank account that was meant for salary payment.

This brings us to the decadence in leadership in Nigeria. And I recall stating in some forums how the governors of states have become so powerful and carry on like demi-gods in their states. The Kogi story indeed exemplifies it, and it remains a shame. A big shame that the government of Kogi state would be so callous to receive funds meant for payment of salaries and instead elects to put these funds in deposits to yield dividends at the detriment of the workers whose livelihood depends on the stipends they receive as salaries.

The Kogi state government must also realize that blackmail and threats do not stand a chance. The only way to remedy the already messy situation is to apologize and give a good account of how many more accounts have such deposits either meant for payment of salaries or provision of infrastructures in the state.

Ibekwe is a public affairs commentator writing from Enugu. 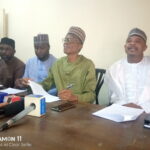 A call for hope, a call for Ifeanyi Uba

Upon Femi Falana, The Blood of the Innocent

General Buratai in the trenches for all

Covid-19 Pandemic: A wake up call for Africa

NEWMAP: A Positive impact on Livelihood and Sustainable Land Management

Setting the records straight on electronic transmission of election results: My standpoint

So what if Ganduje seeks N15b from Buhari?