Members of Edda Rescue and Intervention Initiative of Afikpo South Local Government Area of Ebonyi State, have urged the Inspector General of Police (IGP) to order the re-arrest of suspected murderers of Mr. Kelechi and Ifeanyi Orji Ekea.

This was contained in a complaint letter, by Chief Mudi Erhenede, of the MUDI ERHENEDE & ASSOCIATES “Delta Chambers” Ebonyi State, addressed to the IGP on the Cold Blooded Murder against Messr Paul Okey Onu and  Ifeanyi Orji Ekea  and many others at large of Afikpo South L.G.A of Ebonyi State and the Illegal and  Political Attempts to Prevent their Arrest and Prosecution by Agents of Ebonyi State.

The Group decried the fact that the suspects who were apprehended by the police, charged to a magistrate court, and remanded in the custody of the Correctional Centre Abakaliki, Ebonyi State, were seen in the company of their cohorts and numerous members of the dreaded group celebrating over their release without any trial of any kind by a Court of law.

In the light of the foregoing, amongst other obvious reasons, the Group called on the IGP to intervene and ensure that justice is done on the matter, by ordering the re-arrest of the suspects.

“We are solicitors to Messrs. Abia Onyike, Samuel Okam and Imo Chimą, acting for themselves and other teeming members of Edda Rescue and Intervention Initiative of Afikpo South Local Government Area of Ebonyi State who hereinafter shall be referred to as “Our Clients”.

“Our clients have instructed us to write to your esteemed office pertaining to the gruesome and cold blooded murder of one Mr. Kelechi Amos Irem who hailed from Ugwuma Edda a village in Afikpo South Local Government Area of Ebonyi State on the 31st day of July, 2021 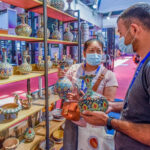 Gov Bala assents to executive bill on regulation, management of traffic in Bauchi