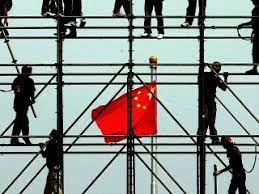 China and Africa have both done an excellent job in the past year in dealing with the severe
challenges brought by profound changes and a pandemic unseen in a century.

This year marks the 100th anniversary of the founding of the Communist Party of China (CPC).
Under the strong leadership of the CPC Central Committee with Comrade Xi Jinping at its core,
China has worked to fight the pandemic, improve livelihood, ensure economic growth and expand
opening-up, advancing with unstoppable momentum toward the great rejuvenation of the Chinese
nation.

China’s is currently leading the world in terms of economic growth, injecting a strong impetus for
global recovery. It has made a miracle of poverty eradication and achieved the first centenary goal
of building a moderately prosperous society in all respects. The country’s technological
achievements command the attention of the world, and breakthroughs are being made
continuously in the high-tech field. Besides, China has achieved a major victory in fighting against
the COVID-19 pandemic. It has administered over 2.4 billion doses of vaccines across the
country, and the number is the highest in the world.

African countries have made active responses and united together facing the impacts from the
pandemic. Earlier this year, the African Continental Free Trade Area (AfCFTA) was officially
initiated. It will create a market that covers nearly 1.3 billion people with a total GDP of more than
$2 trillion. The AfCFTA is expected to offer new opportunities for Africa to release development
potential and vitalize regional economy. Weeks ago, the World Bank raised its 2021 economic
growth forecast for Sub-Saharan Africa to 3.3 percent and 3.5 percent in 2022.

In the past year, China-Africa cooperation has withstood the test of the pandemic.

On one hand, the cooperation between the two sides showed strong resilience, and in particular,
their pragmatic cooperation has been accelerating vigorously. China-Africa bilateral trade has
been steadily increasing for the past 16 years. China has remained Africa’s largest trading partner
for more than a decade, with the volume of trade reaching over $180 billion last year. China’s
direct investment in Africa hit $2.96 billion last year, which surpassed the pre-pandemic level of

roadblocks on the way of cooperation between the two sides, China and Africa has never stopped
their steps of cooperation or wavered in their determination to maintain solidarity. The Chinese
and Africans are getting increasingly closer for cooperation. This is a choice made by the two
sides upon the past, the present days and the future.
From a historical point of view, both China and Africa cherish their traditional friendship. The two
sides enjoy a long history of friendship. Especially since the founding of the People’s Republic of
China, China has always adhered to the principles of equality, mutual respect, non-interference in
each other’s domestic affairs and not attaching political strings to its foreign aid, laying a solid
foundation for the robust development of China-Africa cooperation in the 21st century.
Both China and Africa are optimistic about Africa’s prospects. Considering its own development
course and experience, China has always been positive about the future of Africa and been
committed to enhancing its cooperation with the continent, so as to break the biases and
stereotypes about the continent. We firmly believe that Africa is completely capable of
independently exploring a path of vitalization that suits its own conditions.

Both China and Africa are unswervingly following multilateralism for a better future of humanity.
At the crossroads that concerns the future of mankind, the two sides see an urgent demand to
reinforce solidarity and cooperation, and safeguard the legitimate rights of the Chinese and
African people to jointly fight the pandemic, oppose external interference, follow equity and
justice, and live a better life, so as to contribute positive energy to the building of a community
with a shared future for mankind and a new type of international relations, as well as world peace
and development.

As representatives from the two sides are expected to gather soon at the Forum on China-Africa
Cooperation to be held in Senegal, China and Africa are about to jointly embark on a new journey
and usher in a new era.

The event, to be held amid the pandemic, reflects the mutual trust and support between the world’s
largest developing country and the continent that is home to the largest number of developing
countries, as well as their resolution, courage and responsibility to answer the questions of the
times.

China and Africa, adhering to the principle of extensive consultation, joint contribution and shared
benefits, will deepen their partnership, promote sustainable development, and build a community
with a shared future between China and Africa. Together, they will strive for the great
rejuvenation of the Chinese nation and the vitalization of the African continent.

(Xiao Han is the Chinese Ambassador to Senegal.) 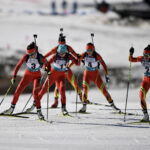