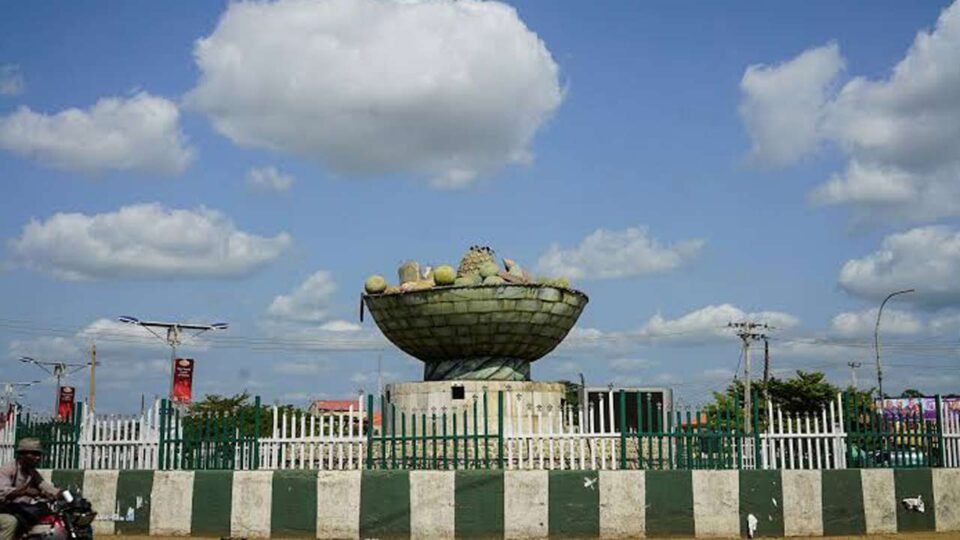 *another symptom of clueless leadership riding on blame game

The Philip Agbese Campaign Organization (PACO), the entity anchoring the electoral campaigns of Chief Philip Agbese on the platform of the All Progressives Congress (APC) for the 2023 election into the Ado/Ogbadibo/Okpokwu Federal constituency seat at the House of Representatives, is amused by the crass retort from the media desk of the Governor of Benue State, Dr Samuel Ortom, wherein the Chief Press Secretary (CPS) to the Governor, Mr Nathaniel Ikyur made infantile attempts to unjustly crucify our principal, Chief Philip Agbese, the Okanga 1 of Agilaland for standing in the neons of truth about the oppressive administration of Gov Ortom in Benue State.

Recently Chief Agbese has, out of love for his people, bemoaned the current pitiable condition of the Benue people under the Ortom-led government, in a published interview, wherein he lamented the refusal of the Governor to pay salaries & pensions to Civil Servants and pensioners in the state. Instead of the Governor and his media handlers to embark on introspection and redirect attention to governance in order to pull the people out of the harrowing trenches of hunger, poverty, and deprivations, they rather went on their usual blame games and distractions with mundane issues.

The Governor in his reaction to the public outcry from Chief Agbese decided to deploy his propaganda weapon through his Chief Press Secretary, Mr. Ikyur and hurled pointless tirades on Chief Agbese for daring to stand by the suffering people of Benue.

The only “sin” of Chief Agbese as contained in the media retort from the governor’s table was the likening of Benue State under Gov Ortom to the war-torn Afghanistan under the Taliban which also has horrifying signposts of hunger, poverty, deprivation and hardship.

Instead of responding to the issues raised, the governor reenforced his ‘shut doors’ to sympathy and compassion for the suffering people of Benue State, especially the Civil Servants and pensioners who are dying of hunger and frustration on daily basis owing to the Governor’s refusal to pay their salaries and pensions for more than 20 months standing now.

The Philip Agbese Campaign Organization (PACO) is dragged into the argument by the CPS when it was stated that Chief Agbese’s outcry against Gov Ortom’s failure is a strategy to buy favour of some certain Leaders in the APC so he can be imposed as APC Candidate for the Ado/Ogbadibo/Okpokwu Federal Constituency in the 2023 election.

As a Campaign Organization that is made up of seasoned politicians and strategists, PACO has put everything in place for a landslide victory in both the primary election of our great party APC and in the general election and we have a good product in Chief Philip Agbese to market; he is the golden fish of Enone politics and of Benue South in general. There is therefore no reason whatsoever to curry any special favour of any Leader in our party before Chief Agbese can become the flag bearer of APC in the Ado/Okpokwu/Ogbadibo Federal Constituency as mischievously touted by the Governor’s CPS.

Chief Philip Agbese has written his name in gold as a lover of his people, a philanthropist that bears the burden of others even at the expense of his own personal comfort and convenience. His people know him and he knows his people. Any day any time, Chief Philip is the CHOICE of the Enone people. He is not just an Aspirant, he is the APC Candidate in waiting for the 2023 election in his Federal Constituency.

It is heartless to reduce the mind bugging issues of governance canvassed by Chief Agbese to the realm of mere politics. The Governor must be reminded that Chief Philip Agbese is, first and foremost, an indigene of Benue State, hence whatever concerns his people concerns him directly. The pathetic state of the Benue civil servants and pensioners can not just be flipped away by any use of deceptive tactics of branding every agitating voice as mere political voice.

If not for dead conscience, how could the Governor enjoy his meals and wine when he knows that hundred of thousands of the Civil Servants and Pensioners in the State go all days without one spoon of food in their mouths???

Despite all the efforts of the Buhari-led administration to put the state on its feet through disbursement of bailout funds and other financial grants, Benue State still continue to sink in retrogresion and underdevelopment.

One now wonders what the Governor and his men do with all those huge disbursements and revenue allocations from the Federal government that the Governor does not want to pay salaries and pensions, not to talk of embarking on any infrastructural project in 6 years.

These are issues the Governor should be addressing whenever he interacts with the people and not to embark on needless propaganda. He should back whatever his explanation is with the needed action. He cannot continue to play the ostrich as if Benue is governed by another leader.

The Governor hasn’t at any time denied the disbursements of federal allocations to the state, the bailout fund, other financial grants in addition to the internally generated revenue (IGR) as incomes to the state. To therefore reduce the cry against the mismanagement of such huge financial resources to a mere campaign strategy to help Chief Philip Agbese clinch the APC ticket for Ado/Ogbadibo/Okpokwu federal constituency election, shows clearly the extent the Governor can go in sacrificing the wellbeing of the Benue people for his personal aggrandizement, personal comfort, and his large appetite for amassing wealth at the expense of the whole state and the its people.

Gov Ortom who ordinarily should be the father of the state is now sacrificing his children (the Benue people) for his personal comfort and enjoyment by denying them their means of livelihood – salaries and pensions.

His Excellency is not denying that salaries and pensions are not paid, rather he is blaming the Federal government for his failure to pay.

This is nothing but utter sadism.
The metaphorical use of ‘blind Bartimaeus’ as a caption by the Governor’s CPS in his vitupuration against Chief Agbese is conversely a message from God to Gov Ortom to listen to the cry of Benue people.

The story of blind Bartimaeus in the Bible is that the man Bartumaeus was veiled from the light of good life by his disability in slight the same way Benue people of today are heavily veiled by the Ortom’s administration from every light of good governance that should bring joy to their lives.

Mr. Bartimaeus cried for help when Jesus passed by and when Jesus heard his cry he had pity on him and he healed his blindness; but in Benue today, instead of the Governor to hearken to the cry of the people, he rather shut up his bowel of mercy & compassion as an anathema to Christ and he is now mocking the Benue people in their pains, referring to them as blind Bartimaeus.

Benue is a state that has not had any capital development of any kind for the past six years. Ordinary streetlights on the pathway to the Government House in Makurdi which were installed by the previous administrations are not maintained.

Why is the Benue case so different in Nigeria?

Whenever issues are raised about the deplorable state of affairs the State, state officials will quickly push the blame to the federal government as if the Governor has no duty or role at all to play in delivering good governance to his people outside the Federal government.

Assuming, though not conceding, that the Federal government has failed as claimed by the Governor and his men, shouldn’t the Governor do his best within his constitutional powers to provide good governamce to the people of Benue State as other Governors are doing in their respective States?

It is obligatory on His Excellency, Gov Samuel Ortom to support Mr. President to address insecurity and all other matters affecting development in the state. Security situation may not be at its best under the Buhari’s administration, however, there have been successes recorded so far that citizens should be proud of.

The issue of Boko Haram is now a thing of the past and we hope that the challenges of armed banditry will also become history before Buhari hands over power to another leader in 2023. 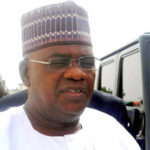 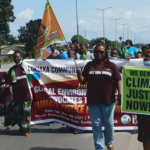 How not to kill APC in Bauchi

SECURITY: Where Are The Service Chiefs ?

*Re: How a bloody night of bullets quashed a young protest movement*

WAR ON BENUE STATE AND GOVERNANCE

Abdulkareem and his revival at Unilorin

Why I will be a patriot, not a terrorist! Rendition of a poem!

AKINJIDE SAN: A Role Model Who Lived A Life Devoted To Service-Kayode SAN