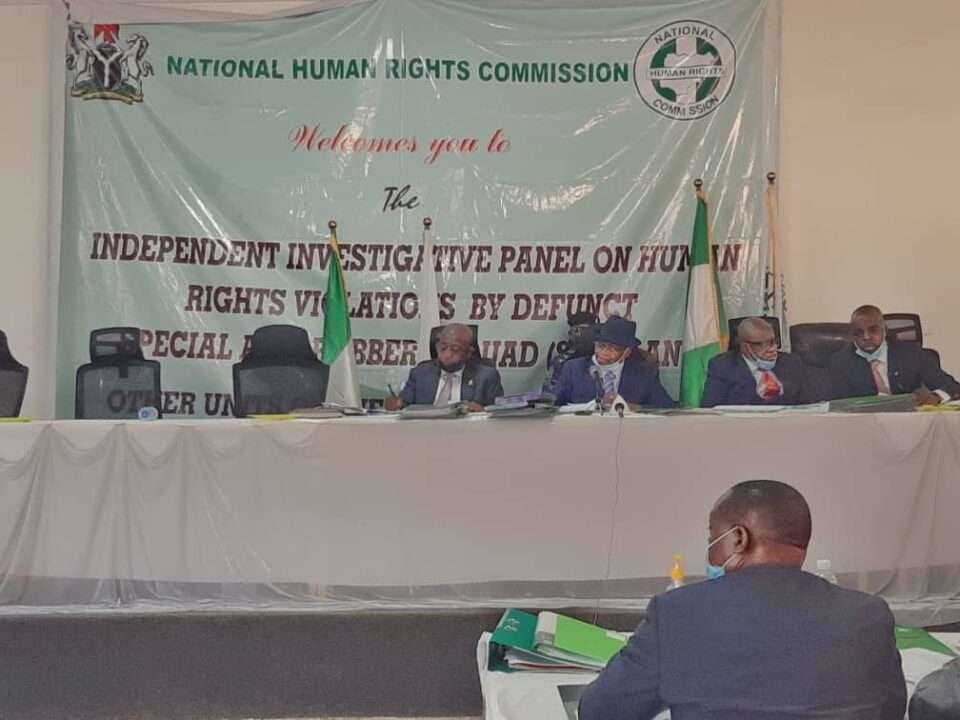 The Nigerian Police on Thursday told the IIP-SARS that some of their officers were wrongly mentioned by Prince Chigaemezu Ojinnaka who alleged that he was shot by the police, whereas he was actually shot by an Officer of the Nigeria Security and Civil Defence Corps (NSCDC).

A prosecution witness1 (PW1) CSP Dan Iroakazi while being led by Police Counsel, Fidelis Ogwobe testified before the 11-Member panel presided by Dr. Garba Tentengi (SAN) on behalf of the Chairman Justice Suleiman Galadima (rtd) that it was personnel of the NSCDC on Operation Search and Flush that shot the petitioner and not the police as alleged.

Testifying before the panel, CSP Dan Iroakazi, who heads one of the police operations in Imo State told the panel that there is a security outfit created by the Imo State Government called Operation Search and Flush.

CSP Iroakazi disclosed that the outfit is made up of all security agencies in Nigeria namely; the Police, Army, Air force, Customs, National Drug Law Enforcement Agency(NDLEA), Nigerian Correctional Service (DSS), and they all work as a joint task team, however, administratively they report independently to their superior within their jurisdiction.

In giving details about Operation Search and Flush, CSP Iroakazi noted that for ease of operation, each agency has its designated location within the 27 LGA in Imo State to monitor the security situation. For the Police the operation vehicle is tagged N0.18 covering Njaba LGA, while NSCDC is tagged N0. 39 and they cover Isu LGA where the incident allegedly happened.

Continuing his narration, he informed the panel that in April 2020, he received a call that there was a mob attack on the police team at Njaba LGA, while a boy was shot at Isu LGA.

Immediately he swung into action by calling the Commander of Operation Search and Flush of the Nigerian Correctional Service and that of NSCDC before they proceeded to the hospital where the petitioner was taken to.

CSP Iroakazi said that from the narration the petitioner gave, the location of the incident and the number on the security vehicle made him to know it was not the police that shot him as alleged, rather it was the NSCDC.

Thereafter, he reported back to his office and the matter was referred to the State Criminal Investigation Department, Imo State to investigate and the NSCDC has been compelled to produce personnel of security vehicle N0. 39 for questioning.

On cross-examination, Counsel to the Petitioner, Eusepius Anyanwu urged the panel to give him a short time to gather his documents to cross-examine the CSP on his testimony before the panel.

Flowing from this, Dr Garba Tetengi SAN instructed all parties to provide documentary evidence of the investigation, he told the police to “bring out the evidence that it was the NSCDC and not the police that shot the boy, this will help the police clear its name” he added

It will be recalled that in February 2021, Prince Ojinnaka testified that two policemen shot him on his foot at close range, at around Amuzie Omanze road, Umuku/Isu Njaba community, and immediately fled the scene in a van marked No 18 with the inscription of “Search and Flush”

In its ruling, the panel stated that to arrive at justice of in the case, the panel will not rely on oral submissions. The panel further directed that all parties should present their evidence and substantiate their claims. The panel adjourned to 26th November,2021 for continuation of cross-examination and for all parties to avail panel with all relevant document to support their case.

In another development, in the case of alleged denial of access to justice brought by Marcellinus  Gu, Panel Counsel led by Chino Obiagwu (SAN) announced the submission of written address in this matter and Fidelis Ogwobe, Police counsel promised to submit his response to the address before the end of the day. 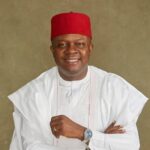 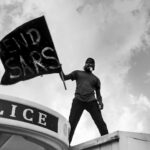 Reps to investigate NIGCOMSAT over non remittance to federation Account