The three Chinese astronauts, in China’s space station core module since June 17, made their first long-distance phone conversation with the Earth on Wednesday.

Nie Haisheng (56), Liu Boming (54) and Tang Hongbo (45) are now stationed at the core module Tianhe, some 380 kilometers above the Earth. This marks China’s longest manned space mission to date, and the first since 2016.

On Wednesday, Chinese President Xi Jinping sent out greetings to three astronauts via video link, congratulating their successful entering into the station while thanking them for their work. 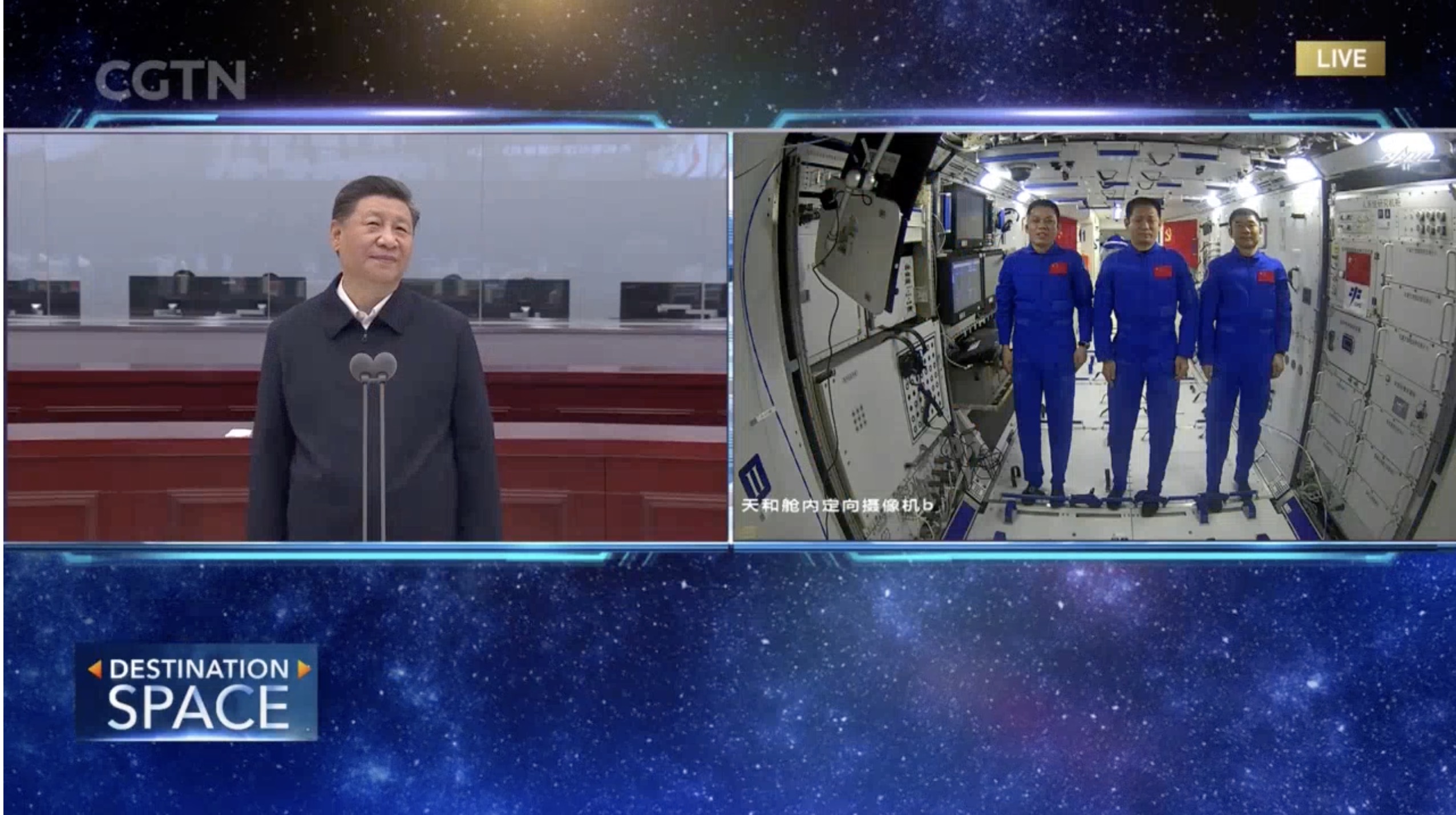 “How’s life there,” Xi, also general secretary of the Communist Party of China Central Committee and chairman of the Central Military Commission, asked the trio about their health, life and work, who had their feet temporarily strapped to the floor of the module during the conversation due to the zero-gravity situation in the outer space.

“Thank you for your concern, general secretary! We are in great physical condition, and our space work is going on smoothly,” said Nie, the mission’s commander.

“Building a space station is an important milestone for China’s spaceflight cause,” Xi said in the televised chat.

“This will be a contribution that opens new horizons for humanity’s peaceful use of space. You are the representatives of countless fighters in the new era of China’s spaceflight cause,” he said.

The longest stay in space so far by Chinese astronauts had been 33 days.

“In previous missions, we sent water and oxygen to space along with astronauts. But for a stay of three to six months, water and oxygen would stuff the cargo craft full with no room for other necessary goods and materials. So we installed the core module with a new life support system to recycle urine, exhaled breath condensate (EBC) and carbon dioxide,” Bai Linhou, deputy chief designer of the space station at the China Academy of Space Technology (CAST) told Xinhua in an earlier interview.

The Tianhe core module, where the three astronauts are currently stationed, has a total length of 16.6 meters, a maximum diameter of 4.2 meters and a takeoff mass of 22.5 tonnes. It is the largest spacecraft developed and launched by China.

It is set to help China’s aerospace engineers carry out the verification of key technologies, including flexible solar wings, in-orbit assembly and maintenance, and above all a new life support system.

With five launch missions done this year, China plans six more missions, including the launch of the Wentian and Mengtian lab modules, two cargo spacecraft and two manned spaceships in 2022 to complete the construction of the space station.

Chinese officials say the new space station will not just be for the Chinese but for the entire world.

Foreign astronauts and global cooperation on scientific experiments are most welcome to China’s space station, Hao Chun, director of China Manned Space Engineering Office, said in an interview with CGTN.

Dissecting Nasarawa@24: The vision, the challenges so far