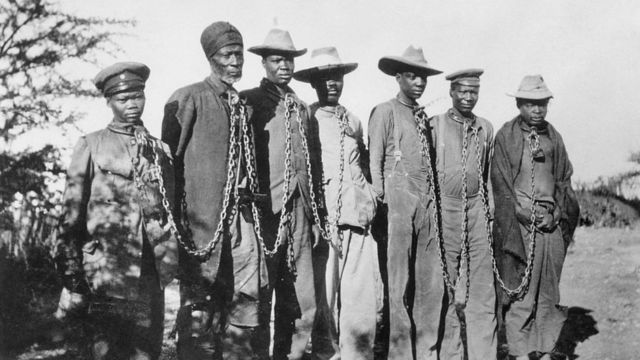 Despite being the first genocide of the 20th century, the 1904-1908 massacre of the indigenous Herero and Nama peoples by German colonial troops in Namibia remains a little-known chapter of history.

It was not until May of this year that Berlin officially recognised its responsibility for the atrocities. Our regional correspondents report.

In 1904, the German Empire or Second Reich had occupied South West Africa, now known as Namibia, for two decades. That year, the Herero and Nama peoples rose up against the settlers, who were taking their land and cattle.

A campaign of ethnic extermination followed: An estimated 80 percent of the Herero and 50 percent of the Nama were massacred as the Germans retaliated. In total, tens of thousands of people were killed, some of them in concentration camps.

Making amends for the unthinkable

For the past three decades, Germany has been trying to make amends for the atrocities. After 15 years of negotiations with Namibia, Germany has acknowledged its role in the genocide and has agreed to pay compensation of more than €1.3 billion in aid to the country and the descendants of victims.

For the latter, the aid to be spent over 30 years is not enough, since the trauma remains raw and their loss is impossible to quantify.

The situation is also complicated by the fact that many people descended from German settlers still live in Namibia, as do the descendants of those born from the rape of Herero women by German soldiers. Reconciling all of Namibia’s inhabitants, regardless of their origin, is crucial, as our team reports.

The above article originally appeared in France24, https://www.france24.com/en/tv-shows/revisited/20211112-a-century-after-german-rule-genocide-compensation-deal-divides-namibia

Lagos tasked on conversion of 37 LCDAs to LGAs

Tom Samson urges teachers to have fear of God