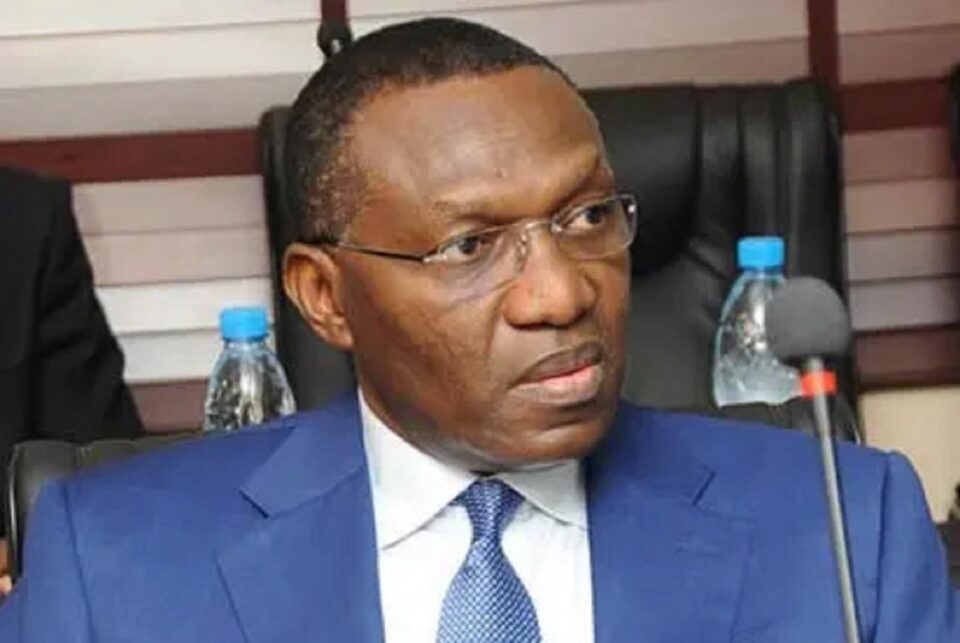 Anambra governorship election has come and gone. As expected, a winner and losers emerged. Prof Charles Soludo of All Progressives Grand Alliance (APGA) polled a total of 112,229 votes to emerge a winner. Other frontline contestants are Valentine Ozoigbo of Peoples Democratic Party (PDP) who polled 53,807 votes; Andy Uba of All Progressives Congress (APC) polled 43,285 while the fourth position went to Ifeanyi Ubah of Young Progressives Party (YPP) with 21,261 votes. By geographical spread, APGA captured 19 out of 21 local government areas while PDP and YPP captured one LGA each. APC ended up as a floating party in Anambra with no LGA to perch or lay claim to as it didn’t win any. Having met the requirement vis-à-vis the 1999 Constitution of the Federal republic of Nigeria as amended and the Electoral Act, the Returning Officer for the poll, Professor Florence Obi; Vice Chancellor of University of Calabar returned APGA’s candidate. Prof Soludo as ‘elected by Anambra people’.

However, one striking development that may not be forgotten easily that characterized the 2021 Anambra governorship poll is the massive number – 230,201 votes APC candidate, Andy Uba reportedly ‘polled’ during the party’s primary to defeat other aspirants. At the APC primary, record showed that a total of 348,490 Anambra-APC members converged and voted for respective aspirants. But at the governorship poll, total votes cast from the 21 local government areas in the state were 249,631 while total accredited voters were 253,388. A chieftain of the party from state, Dr. Chris Ngige (Minister of Labour & Employment) raised alarm that the primary election was a scam, but Governor Dapo Abiodun of Ogun State who was the chairman of the APC Primary Election Committee for the state insisted it held and produced the result. By the poll results, it then implies that the number of APC members from Anambra that ‘congregated and nominated’ Andy Uba as the party’s flagbearer outnumbered the total number of all the voters during the governorship election. Maybe, explanations on their whereabouts during the election would suffice. Governor Abiodun and Andy Uba should explain.

Now, after the election, while all other contestants have described it as credible and transparent, APC rejected the results claiming the party was rigged out by APGA that has no power over the umpire. On account of the allegations, APC didn’t show up to sign the result sheet accordingly after the supplementary poll at Ihiala LGA which was rescheduled by the Commission over alleged security threat. The Anambra APC forgot that President Muhammadu Buhari has repeatedly vowed that the Independent National Electoral Commission (INEC) under his watch must give Nigerians free, fair and transparent elections, and assured that no one would interfere with the sacred mandates of the people. During the Edo election, the Presidency’s neutrality manifested clearly and President Buhari was extolled as a statesman.

On Ihiala supplementary poll, believably, some INEC officials in connivance with some politicians attempted to play out a script by deliberately reserving Ihiala local government area for a separate election after testing other LGAs. Possibly, the plotters had expected that the frontliners’ scores would be close so that a barbaric politics would be deployed at the reserved battle ground. Unfortunately, APGA had a very wide margin that couldn’t easily be maneuvered by any means. With APGA’s margin and geographical spread, it became difficult to frustrate the mandate of the people through any form of electoral malpractices. Although, whatever intrigues, conspiracy or schemes eventually didn’t succeed in Anambra, repetition in future elections is unacceptable. Instructively, an election can only be rescheduled with a credible reason, and not rescheduling part of a poll meant to take place concurrently to a later date using veto power after announcing some results.

Had it been the machines malfunctioned, it would be a genuine reason for not conducting the election in some polling units, but not for a whole town let alone an LGA. To reserve an entire LGA, as non-violent and peaceful as Ihiala LGA suggests some attempted foul plays. In Anambra state, there are towns that could be said to have such a peculiarity like Onitsha, Aguleri, Umuleri and some part of Awka, but not Ihiala town or towns that make up the Ihiala LGA.

The danger if INEC had concluded the poll looking at the APGA’s wide margin and geographical spread without rescheduling a poll for Ihiala LGA is that a desperate candidate may tryout Hope Uzodinma’s style in Imo State and claim at the tribunal that the omitted LGA was his votes. With the Supreme Court’s precedent set in Uzodinma’scase, who knows, through technicalities, the court may calculate the figures and add to the claimant’s votes as prayed which was witnessed in 2020. So, INEC must ensure that it doesn’t submit to biddings of desperate politicians in discharging its duties.

Recall that similar political intrigue from the center was adopted to frustrate the inauguration of a people-oriented project; Anambra International Cargo Airport constructed in less than two years by the outgoing Chief Willie Obiano-led administration. The undue influence and blackmails by officials of the Nigerian Civil Aviation Authority (NCAA) that acted the ugly scripts for some Anambra politicians leaves much to be desired of a federal government agency. A government and political party that delivers dividends of democracy to the people must be applauded and cheered irrespective of party affiliations, and not to use federal might to make mockery of the great feats. So, the NCAA still owes explanations on why it aborted the joy of Anambra people by frustrating the inauguration of the airport.

Back to the alleged irregularities as claimed by APC, though the claims can be contested at the Election Tribunal perhaps to try out technicalities, but it is absurd that APC; Buhari’s party is the only political party rejecting the result thereby, unconsciously ridiculing Mr. President’s resolve to entrench credible elections in his tenure and beyond. Sensibly, Buhari’s party should celebrate a credible election as a scorecard, and not to resort to blackmails for selfish interests. Of course, if there are irregularities, aggrieved parties should seek redress to set the record straight, but where none exists, it should be celebrated particularly by APC as a credit to Buhari’s administration. Remarkably, President Buhari has congratulated Prof Soludo on his victory and described the election as successful and credible.

Umegboro, ACIArb, is a public affairs analyst and social crusader.

Why are our police, security agencies incredible?

Who ought to die: Looters or bandits?

Crass Individualism: The coup against the Nigeria of our dream

Mattehw Kukah in the eye of a storm

Love in the time of corona

Senate’s rejection of Lauretta Onochie: A refreshing act of patriotism

If Gen. Abacha’s loots were not stolen from Nigeria, why are they Nigerian assets?