Some persons, especially those at the commanding heights of the nation’s security apparatus would be appalled by the title of this editorial. But, every right-thinking, patriotic Nigerian would readily agree that those agencies have indeed become incredible and are gathering notoriety by the day. As it stands at the moment, hardly would an ordinary Nigerian believe any narrative dished out by these agencies.

Our Police, which is supposed to be carrying issues of safeguarding the lives and property of the Nigerian citizens and residents on their forehead, have over the years, degenerated, to the extent that just few members of the public believe the “plethora of lies” they dish out to the public as press statements or even public parade of alleged criminals; ditto members of the nation’s Armed Forces. And since this has been the case, the resultant consequences are that the credibility and integrity of these agencies are weaning daily like rotten egg.

Public parade of suspects recently by Commissioner of Police, Frank Mba, the Force Public Relations Officer, raises odious dust among members of the public. First was the parade of 14 suspects who he claimed invaded the Abuja residence of the most respected Justice Mary Odili. The second odium from the gentleman police officer was the parade of the purported taxi driver who he claimed killed the Vanguard Newspapers National Assembly Correspondent, Mr. Tordue Salem. A lot of issues do not add up in the police narrative regarding their investigations on those two issues, to cite as example.

Not only did we at The AUTHORITY believe that the police narrative do not add up, several other bodies, individuals and organization, have dismissed the police as speaking bunkum on those issues, thus denigrating further the little integrity left of the police. For instance, the Socio-Economic Rights and Accountability Project (SERAP) is so piqued by the police statements on Justice Odili that is has already urged Mr. Diego García-Sayán, the UN Special Rapporteur on the Independence of Judges and Lawyers, to “put pressure on the government of President Muhammadu Buhari to conduct a credible, thorough, impartial, independent, transparent, and effective investigation into the vicious assault on the Supreme Court Justice by rogue officials.” SERAP insists that the outcome of the investigation must be made public, and the suspected perpetrators and their sponsors brought to justice.  SERAP’s petition dated 13th  November, was signed by its Deputy Director, Kolawole Oluwadare.

SERAP had said: “The unconscionable attacks against Nigerian judges would seem to be a deliberate attempt by the authorities to exert pressure on the judiciary and undermine its independence and authority. The current investigation by the Nigerian police fails to meet international standards, as it is neither independent nor effective. As such, the investigation is incapable of identifying all the suspected perpetrators and their sponsors, and credibly delivering justice in the matter. We urge you to push for the adoption of a resolution by the Human Rights Council to establish an international, independent, and impartial investigative mechanism into the attack on Justice Odili, and other unresolved cases of intimidation and harassment of the judiciary, and assault on the rule of law in Nigeria since May 29 2015.”

Aside SERAP, several other people and organizations have queried the police narrative on the incident and also raised issues with the statements credited to the Attorney-General of the Federation and Minister of Justice (AGF), Abubakar Malami, over the matter. Of particular interest was Malami’s denial of having any relationship with the so-called Chief Superintendent of Police, Mr. Lawrence Ajodo, who the police authorities immediately accepted as unfathomable truth, describing Mr. Ajodo as “a fake police officer”.

But, it has been revealed that this same Ajodo had carried out similar heinous activities in four other occasions with the backing of highly placed public officials. Ajodo’s involvement in these four previous assets recovery raids on homes of some prominent citizens, including the residence of former Head of State, Gen Abdulsalami Abubakar (rtd.), raises serious questions especially as Mr. Mba never mentioned any of these previous crimes attributed to Ajodo during his now, discredited press conference. Questions have also been raised on how an ordinary Nigerian, a criminal at that, according to Mr. Mba, could so easily procure the services of a complement of security operatives on each of those operations.

Again, it still remain unexplained how Mr. Mba could pass off the purported whistleblower, Aliyu Umar, as a mere Islamic prayer warrior, and no more than that. What were Umar’s antecedents? Was he a constant factor in Ajodo’s exploits? Do we have more Ajodo’s operating in the FCT and other places in Nigeria?

It was learnt that Ajodo had been recruiting operatives from the IGP’s Intelligence Response Team, Force Intelligence Bureau, and other police units for his purported assets recovery operations approved by certain senior officials of government.

A senior officer had told The PUNCH: “Initially, he used to recruit policemen from IRT, FIB for his raids on peoples’ homes but policemen stopped going with him on his assets recovery operations after the last failed operation he led at the beginning of the coronavirus lockdown in 2020. The operations were targeted at addresses not individuals.

“He later gained some clout at the Ministry of Justice and continued his raids on homes, but policemen stopped going with him after the 2020 incident which led to the detention of some officers from Zone 7.” And on the invasion of Odili’s residence, he went with some policemen and soldiers from Lungi Barracks, Abuja. Who authorized him the deployment of such operatives?

What of the role of Chief Magistrate Emmanuel, who issued the toxic search warrant against his boss? Since he had claimed that he was misled, was there any searchlight on him to ascertain the kind and nature of search warrants he issued in the past? Could it be possible that a lawyer, who graduated from the Nigerian Law School could rely on such poorly-written, one-sentence statement of claim, which was on the purported Umar’s affidavit, to grant a search warrant against any person, not to talk of the person of a Justice of the Supreme Court? Could this be a continuation of the antics of the cabal that removed the former Chief Justice of Nigeria, Walter Onnoghen, from office through the back door? Is this syndicate up to something even more sinister? Neither Mr. Frank Mba nor his bosses provided answers to any of these questions.

Yet, not up to a week after this foul smelling Odili’s investigation report, the case of Journalist Tordue Salem came up. Again, the police misfired. They came up with a report that clearly showed they were in alignment to cover up a murder.

Happily, the  Nigeria Union of Journalists (NUJ) has rejected Mba’s conclusions on Tordue’s murder and charged the Federal Government to empanel an independent probe into the circumstances surrounding the death.

It should be recalled that Salem went missing on October 13 in Abuja and was reported dead on November 11.

In a statement last Friday by Comrade Emmanuel Ogbeche and Ochiaka Ugwu, Chairman and Secretary of the NUJ Abuja Council respectively, the union said the account of the police was not in sync with credible investigation. “The death of Mr. Tordue Salem opens another dark chapter for journalism and journalists in Nigeria and we are grievously saddened by it.  While the NUJ appreciates the effort of the police in finding the corpse of Mr. Salem, we are not persuaded by the account of the police as it poses more questions than answers. It is in this regard that we urge President Muhammadu Buhari to order for an independent inquiry into the tragic end of Mr. Tordue. The NUJ also demands for an independent autopsy so as to allay the fears of thousands of journalists and citizens across the country.”

The union called on the international community to focus on Nigeria and help to bring to account all those responsible for media abuse, intimidation, harassment and even murder.
Our Correspondent reports that outrage and causes greeted the news that Tordue Salem was killed by an hit and run driver.

That a young man who was said to get missing somewhere near the Force headquarters, Abuja, almost a month before the whereabouts of his corps could be made public, could be said to be crossing a major expressway in the dead of the night around Mabushi, according to Mr. Mba when a hit-and-run taxi driver knocked him down and killed him raises several questions.  Also, why he did not go to Mabushi with his car, why the police officers the purported driver initially reported he had killed somebody failed to respond, who took his corpse to the mortuary afterwards and why it took the police over three weeks to make public the whereabouts of Salem even after several protests by the NUJ and other CSOs, remains a puzzle which have all compounded the credibility of the police.

Except something drastic is done, the police and our other security agencies would pass off as the most incredible institution whose statements could not be believed again by any discerning mind.

As it is at the moment, the National Security Adviser must realize that the ordinary folks take the statements of his security agencies with a pinch of salt. That salt will soon be exhausted and if it does, anarchy will loom large and they have to take all the blame. A stitch in time, they say, saves nine. 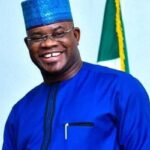 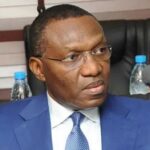 The $22.7bn Foreign Loan: Why is South-East always marginalised?

How not to fight corruption

Halting Activities of One-Chance Robbers in the FCT

Enforcing the reasonings for the Disabilities Commission

Still on the marginalization of the South-East

Carry out forensic investigation on the Abule Ado explosions

Citizen Abubakar Bindawa and the safety of Nigerians