In a renewed effort against irregularities in export-bound trade, the Nigeria Customs Service (NCS) Strike Force, Zone ‘A’ said it has uncovered a lot of export trade irregularities, with unprocessed wood, charcoal and coal among its fresh seizures.

Coordinator of the unit, DC Ahmadu Shuaibu, disclosed that over 200 various seizures were made in their anti-smuggling campaign, while N4 billion realised from debit notes and related payments from January till date.

Shuaibu told members of the executive committee of the Shipping Correspondents Association of Nigeria (SCAN), who paid him a courtesy visit in Lagos: “We have changed the narrative from import-dependent to export irregularities and infractions.

“We have the ICT unit that monitors the entire landscape of import, so where there is any suspicion, we put it to ICT, flag it and it is positioned for 100 per cent examination.”

Indicating an end to the usual style of waiting on the way for suspected import trade infractions, he disclosed that since the customs has the ICT unit, “instead of allowing them to come out and thereafter we seize like when we started, now we have decided to shift focus and deploy our energy and intelligence to export irregularities.

“Record from our seizures, which we will showcase very soon, have showed that there are a lot of irregularities in export. We have unprocessed wood, charcoal and coal that we have gathered just for two weeks.”

Meanwhile, to check smugglers’ incessant attacks on officers, Shuaibu said the unit uses improved intelligence in its operations, which has helped to avert crisis and unwarranted attacks

According to him, “the risk is there in every aspect of life and we do risk analysis. Ours is intelligence-based. We are not out to get Nigerians killed or to be killed, so we deploy intelligence. Where there are frictions, we try to withdraw from them to avoid crises.

“These hoodlums are not the owners of the goods, they are only there to escort the goods to the den of the smugglers. So, once we deploy intelligence, we go to their warehouses and homes and evacuate, because they themselves are living in their mansions, they don’t want any crisis.

“Once evacuation is done, what we have inflicted on them is financial losses. We are trained specially to deploy intelligence, strike and come back. That is why over one year and two months, there has been no crisis, no shooting; we have not killed anyone and none of our operatives has been killed.”

He further sought the media’s collaboration against economic saboteurs, insisting on the unit’s resolve to implement government’s extant laws on import and export prohibition in the interest of the country. 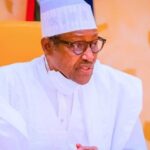 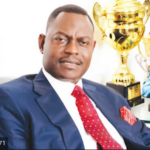 Why we are training shipbuilders in Niger Delta – NDDC

Corruption: Lawan advocates use of technology for revenue collection