The President of Nigeria Labor Congress, Comrade Ayuba Wabba, has appealed to the leadership of the  Senate, to, as a matter of urgency, pass the Pharmaceutical Technologists and Pharmacy Technicians Regulatory Council of Nigeria Bill into law.

He made the appeal at the 3rd National Delegates Conference (NDC) of the National Association of Pharmaceutical Technologists and Pharmacy Technicians of Nigeria (NAPTTON) in Abuja, weekend.

Represented by the National President of Medical and Health Worker’s Union of Nigeria(MHWUN), Comrade King Bobelemoye Joy Josiah, the NLC President noted that the bill has been passed by the House of Representatives, hence, the need for the upper legislative chamber to do same.

“Anyone who misinform our law makers that they don’t have a right to regulate themselves is one of those that want Nigeria to be in the back seat and also want to make Nigeria to be on reverse.

“China was a third world country like Nigeria but they have moved ahead. But rather than making Nigeria to move forward, this kind of negative sentiment has drawn us back that we are now reversing towards the fourth world.

“I would want everybody, especially, the Senate to give quick concurrence to the bill that has been passed by the lower chamber so that pharmacy practice in Nigeria and the entire health industry will be free.

“Instead of delaying, they should expedite the action of concurrence,” he added.

Speaking earlier, the National President, NAPTTON, Adetola Balogun, recalled that the struggle to have legal instrument as an act of Parliament to regulate the profession started as the draft submitted by the Federal Ministry of Justice to the office of former Head of State, Late General Sanni Abacha was unsigned before his demise.

He, however, applauded the  Medical and Health Worker’s Union of Nigeria for their support at all times.

According to Balogun, “Presently, the bill is at the Senate awaiting concurrence. I seize this opportunity to call on the leadership of the Senate, to as a matter of urgency, to concur to the Bill.”

While charging members of NAPTTON for discharge their duties in a responsible manner, he said: “As professionals, we should be upright in discharging our duty efficiently at all times as we are saddled with the responsibility of compounding, dispensing and counselling of patients on the use of drugs and medicaments as prescribed by a licensed medical practitioner.

“We should always encourage others, a tree’s beauty lies is in its branches, but it’s strength lies in the root. Our vision is the art of seeing what is invisible to others. These are major keys to a life with integrity.

“The road was rough, but with the support of the old and the new members and most importantly our elders, we are able to navigate the terrains as new programmes were introduced for the benefit of members viz a viz, the Mandatory Continued Education Programme (MCEP), World Pharmaceutical technologists/

Pharmacy Technicians Day, which is celebrated every third Tuesdays in the month of October annually”.

He, therefore, called on members of the Association as they come out to elect new officials, to ensure that credible and dedicated executives so as to consolidate the efforts of past leaders and to place the Association of Pharmaceutical Technologists at high priority. 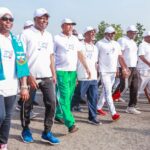 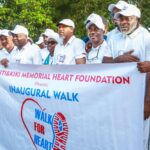 Minister harps on role of medicinal plants in handing COVID-19

PCN gets Investigative panel 5 yrs after