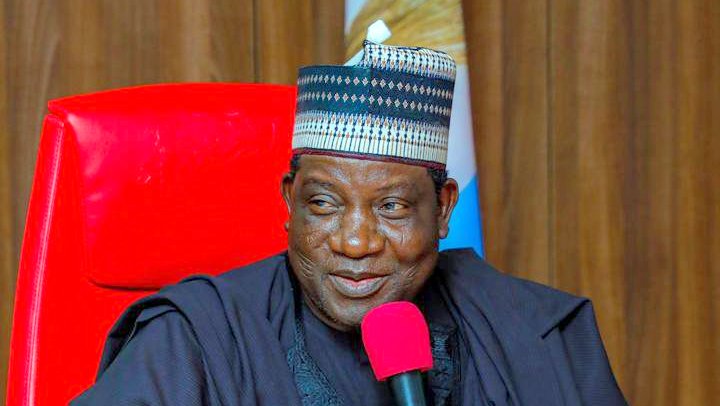 Uyi in a press statement on Monday in London said Governor Simon Lalong’s giant strides in the governance of the state and provisions of critical infrastructure for Plateau citizens are commendable.

“As a grassroots politician and a visionary leader with unquantifiable achievements, he always has the interest of the people at heart,” Uyi stated.

” Global Peace Movement International, UK commend the governor for prudent utilisation of funds in completing and initiating new projects in the state”.

“Lalong’s style of leadership has justified the mandate given to him by the people of the state with massive transformation of critical sectors of the state”.

Uyi said GPMI  conducted research centered on infrastructural development under Lalong’s watch and was able to identify key projects championed by the governor.

“Since his assumption in 2015, Lalong’s immediate promise to the Plateau indigenes with respect to capital projects was about continuity, and today has graciously kept to his promise”.

“The completion of Joseph Gulwak Secretariat flyover and the 20 kilometres road linking Jos metropolis to Maraban Jama’a was a watershed”.

According to Uyi, insecurities in Plateau state has been pushed to the lowest ebb with residents and aborigines living together without traces of distrust and the fear of unhealthy association is a jinx which has been broken by Governor Simon Lalong, a man of peace, accountability and a sincere vendor of purposeful leadership.

Uyi further said, “Governor Simon Lalong is a father figure and a silent achiever. Over years, he has been able to foster peace and unity, community development and security through a paradigm phase of mindset revolution without arm struggle.

“Governor Simon Lalong  reaffirmed his commitment to the implementation of the judiciary and legislature autonomy in the state and today, he is the only Governor in  Nigeria that has fully granted Judicial autonomy with full implications as required by law of separation of powers in a  Democracy”.

“We at GPMI must commend the achievements of this big iroko and call on other state governors to emulate him”.