The Community Led Collective Action for Girl-child Education, (C-CAGE) has attributed lack of adequate enlightenment campaign as the main reason for low  girl-child enrolment in schools in Adamawa state.

The non governmental organisation  also  raised the alarm over the deplorable situation at a girls-only school in Pare, Numan, where a 500 plus Government Girls Secondary School, has sharply declined to only 17 students and 7 teachers.

It said  investigation shows that the school lacks basic WASH facilities, delapidated structures, lacks perimeter fencing and that the area where the school is located has been a subject of conflict in the past.

The organisation said, there is an urgent need for government to restore the school to its lost glory and include the plan to revamp the school in the 2022 budget in order boost the female chilld access to safe and qaulity education.

Briefing Journalists in Yola, the state capital,  Senior Programme Manager of C-CAGE, Lawal Amodu,  said the three local government areas of Numan,Song and Maihia which were the focal areas in the state shows that there is still much to be done in ensuring that more girls are enrolled in schools.

While outlining some of its notable achievements, C-CAGE said ” we have been able to draw the attention of government to a girls school at Pare, where the structure has delapidated and the 500-student capacity school has shrivelled into a worrisome state where there are only 17 students and 7 staff including the principal.

” We call on the Adamawa state government to pay special attention to the Government Girls Secondary Schools and improve   its 2022 budgetry allocation in order to boost the girl-child’s enrollment into school in the state”.

While commending the Fintiri led government for its outstanding work in education in the state, C-CAGE, however, lamented that the best intentions of government could be threatened by the shoddy activities perpetrated in some schools as observed in its focal LGAs. 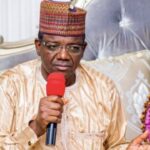 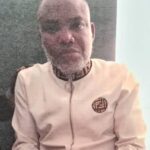