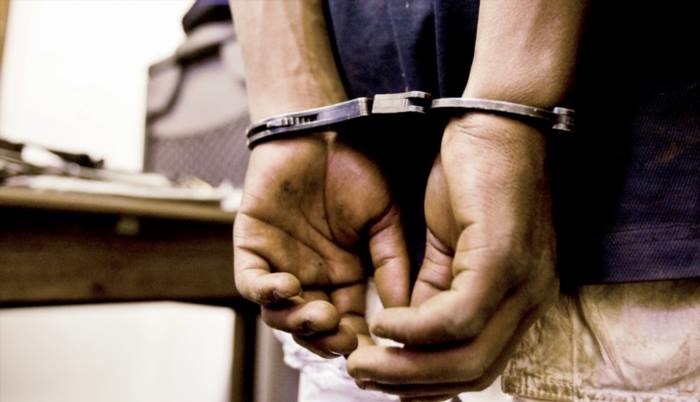 Police in Ebonyi, Wednesday, nabbed alleged fake lawyer, who was accused of parading himself as a practicing lawyer in the state.

According to a Police source, the suspect, Mr Uduonu Chijioke, was flagged down at a checkpoint mounted by members of the Car/Sticker team of the Nigerian Bar Association, Abakaliki Branch, at the Union Bank Junction Abakaliki, on Wednesday, and was asked who had the car he was driving, which had NBA stickers, on it.

Mr. Chijioke, was said to had zoomed off with one of the lawyers, who jumped into his car for further inquiries, to an unknown destination. But Police operatives later arrested him.

Narrating the incident to journalists, on Wednesday, in Abakaliki, the Chairman of the Nigerian Bar Association, Abakaliki Branch, Barr Okorie Ogbonna, said the suspect committed a crime by claiming to be a lawyer, while he was not. He accused him of kidnapping one of his members.

He stated: “In our branch or even at the national Secretariat, we have a unit that checks and monitors the use of NBA stickers by non lawyers and we work with the federal and states governments to enforce this. And in Abakaliki Branch, we have a committee called the NBA Car/Sticker Committee. This Committee monitors the fraudulent use of NBA stickers, beards and gowns.

“What necessitated this was the unwarranted use of the NBA stickers by some motorists, who impersonate legal practitioners. Recently, we had a case of a vehicle with the NBA sticker, that brought arms and ammunition into the state. And we said we don’t like it and cannot fold our hands and watch people infiltrate into the profession and destroy its image, that it’s a noble profession and we can’t condone evil.

“And in consonance with the Police and other security agencies, we have a committee that goes out intermittently to monitor vehicles with NBA stickers and when we intercept you and you verify yourself with documents evidencing yourself as a lawyer, that is when we can let you go. And if you are not a lawyer, we will hand you over to the Police. And with this, we have prosecuted and sent many to prisons.

“But there was an instant case of a motorist, who refused to entertain our questions and even speed off with our member in his car. We had to inform the Commissioner of Police, in the state, who detailed the A-Unit or a detachment of Police men, who came and got him arrested. That was a clear case of kidnapping and that’s double offence.”

On his part, the Chairman of the NBA Car/Sticker Taskforce, Barr. Sampson Ekigbo, said that the suspect threatened to kill him and his team members, wondering why enforcing a lawful order was a crime.

“This man is a man of double speak and he is criminally-minded the way he talks and behaves. When we stopped him at the Union Bank Junction this morning, he told us he was from Ngbo, in the Ohaukwu Local Government Area of the state. Now, in the Police Station, after he tried to kidnap one of us, he is saying he is from Anambra State. Let him go to the court and prove it, he stated.”

In his reaction, Mr. Chijioke, claimed he is a teacher at Bethel Comprehensive Secondary School, Abakaliki. The suspect said he drove off with one of the taskforce members in his car, because he felt they were kidnappers, alleging they wore nothing that indicated they were on a stop-and-search assignment.

He said, “I am from Anambra State and I work here in Ebonyi State as a teacher and I’m also a lecturer at Enugu State College of Education. I was going to work (Bethel Comprehensive Secondary School, where I teach), this morning at about 7.55am, and I was stopped by some persons and they were not in Police uniform or that of the any of the sister agencies.

“There was no means of identification and they first asked me who I was, if I were a lawyer; and I told them I was not. They asked me about the NBA sticker on my car, I told them the car was my father’s. And immediately one of them entered into my car and immediately, I drove off. We got to the school where I teach and I went into my office and signed-in, in the attendance register.

“Later, the man that got into my car and his colleagues arrived the school with some Police men, who got me arrested. There was never a time I threatened them to kill them. I only used my Android and snap them for reference.”

Police Spokesperson in the state, DSP Loveth Odah, said the official report of the incident was yet to get to her table, but assured she would verify with the Divisional Police Officer of Central Police Station, Abakaliki, which led the operation. 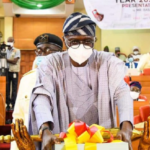 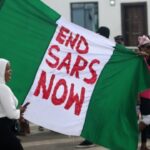