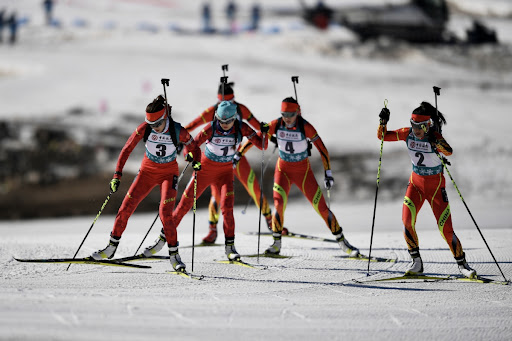 After a trip to a ski resort in Chongli district, north China’s Hebei province, in the winter of
2015, Yang He, a young man born in the 1990s, has become obsessed with skiing and has
been to ski resorts every snow season since.

Today, there are more ice and snow sports enthusiasts like Yang in China. Because of
preparations for the Beijing 2022 Olympic and Paralympic Winter Games, China’s ice and
snow industry has continued to expand, and relevant facilities have been increasingly
improved. Ice and snow sports that were once regarded as niche sports have become popular
choices for fitness.

At the same time, new business forms in the industry, including ice and snow sport
experiencing, training and tourism, have sprouted up, creating a continuously growing
market.

Ice and snow sports, which involve gear, training, and practice, require people who participate
in them to have certain purchasing power.

Thanks to China’s rapid economic and social development as well as the improvement in the
living standards of the Chinese people, demands and consumption of products related to ice
and snow sports have kept rising.

According to Yang, he has several sets of ski gear at different price levels and uses a special
cabinet to keep them, including snowboards, snowsuits, snowshoes, snowboards helmets,
goggles, and ski poles.

“At first, I rented ski equipment at ski resorts. Over the past few years, I gradually purchased
a whole set and then continuously upgraded my gear,” he said, adding that during this year’s
Singles’ Day shopping festival, he spent nearly 10,000 yuan ($1,565) on a snowboard.

Another key driver of ice and snow consumption is ice and snow tourism—spending
vocations at ski resorts nearby with family and friends is a new fashion trend in China.

The growing popularity of ice and snow tourism has also driven the development of relevant
supporting industries and services, such as catering and accommodation, injecting vitality into
the economic development of many regions across the country.

“After skiing, I usually go to a hot spring, enjoy local food, and visit specialty stores,” said
Yao Jiamei, a citizen in Beijing who has been to more than 10 ski resorts during the past six

years since she fell in love with the sport.
Yao believes that the ice and snow boom in China is fundamentally a result of people’s
income growth and their increasing interest in the sport.

As indicated by these figures, the ever-expanding ice and snow consumption signals golden
opportunities for the development of China’s ice and snow sector.

Operators of ice rinks and ski resorts understand the opportunities generated by the ice and
snow boom the best.

At a skating center in Chaoyang district, Beijing, training courses on figure skating and ice
hockey are arranged from morning to night every day. “When we opened in 2017, we only
had one ice hockey team. Now we have eight,” said Yang Yiwei, general manager of the
skating center.

“Hitching a ride in the 2022 Olympic and Paralympic Winter Games, we have constantly
improved the facilities at our ski resort and reaped the fruits of the growing number of skiers,”
said Hu Wei, general manager of the Nanshan Ski Resort in Beijing, adding that the ski resort
received over 400,000 skiers during the last snow season.

Statistics from the General Administration of Sports of China suggest that as of the beginning
of 2021, there were 654 standard ice rinks and 803 indoor and outdoor ski resorts across
China, an increase of 317 percent and 41 percent, respectively, from 2015.

Since Beijing won the bid for hosting the 2022 Olympic and Paralympic Winter Games in
2015, ice and snow sports have been gradually popularized across the country and made
available throughout the year, and the ice and snow industry is playing an increasingly
important role in the country’s economy. 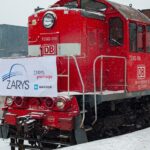 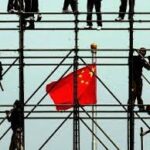 China, Africa to embark on new journey of cooperation in new era

China, EU vow to bring bilateral ties up to a higher level

China’s foreign trade up 0.7 percent in first three quarters of 2020

How ECOWAS economy soared in 2019 – President