The indigenous people of Kubwa in Bwari Area Council have urged the Federal Capital Territory Ministerial Task Force Team on City Sanitation to halt its  demolition exercise in the area.

Secretary, Bwari Area Council, Ella Kadanya made the appeal when he led key members of Kubwa village to chairman of the Task Team, Ikharo Attah at the Federal Capital Territory Administration Secretariat.

He begged the chairman to reach out to the minister on their behalf and give them more time to identify  and correct the grey areas that are not in line with the government template.

Recall that in the wake of a Kerosene tanker explosion that claimed many lives at Kubwa village recently, the task team had about  three days ago stormed the place and pulled down structures that were built against the approved plan, to pave way for free flow of traffic and sanity.

Kadanya, who represented the chairman of Bwari Area Council, John Gabaya, said the situation was occasioned by expansion of the area due to the increase in population.

One of the stakeholders and former chairman Bwari Area Council, Musa Dikko explained that the natives should be properly  carried along during demolition exercise.

He disclosed that the indigenous people presently in Kukwaba, Jaji and Kubwa were relocated to the area in 1990, when there was no population explosion but the increase in population call for additional plans for expansion.

Responding, Chairman of the Task Team, Ikharo Attah told the natives that clearing the area of illegal structures was not meant to hurt the residents but to bring about sanity that will help in averting disaster.
He said their request will be tabled to the minister of FCT Malam Muhammad Bello for  further directives. 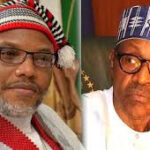