The Permanent Secretary of the Federal Capital Territory Administration(FCTA), Mr. Olusade Adesola has called on the  residents, government agencies and Private Organizations to uphold the sanity being enjoyed in city.
He asked them  to help the Administration in beautifying and maintaining the city’s green areas, open spaces and buffer zones as part of Corporate Social Responsibility(CSR).

The Permanent Secretary made the call during an interactive meeting with different private organizations and government agencies in his office.
According to him, even though, the FCT Administration has over the years done extremely well to maintain and beautify the city’s green areas, open spaces and buffer zones, it has become necessary to bring onboard relevant stakeholders in the territory to contribute their quota to further improve the territory’s aesthetic.
Adesola used the opportunity to appeal to residents to take personal responsibility to protect government critical infrastructure from vandalization and theft, adding that all hands must be on deck to safeguard the city’s infrastructure.
The Permanent Secretary assured residents of the Territory that the present leadership is working to make life meaningful for them through massive upscaling of the infrastructure  development.
On her part, the  Director of Parks and Recreation (FCTA) Hajiya Risikatu Abdulazeez disclosed that already the Department of Parks and Recreation had developed a 3 landscape concepts for stakeholders to adopt.
She called on all stakeholders to adhere to the stipulated guidelines such as 25m setback from the road shoulder must be grassed and maintained green without trees, ensuring that the land use of the area remains green area, security of the green area shall be the sole responsibility of the organization, among others. 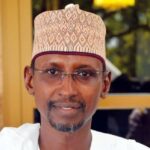 Hang me in my village square, suspected Kidnapper who killed his victim tells police in Kano