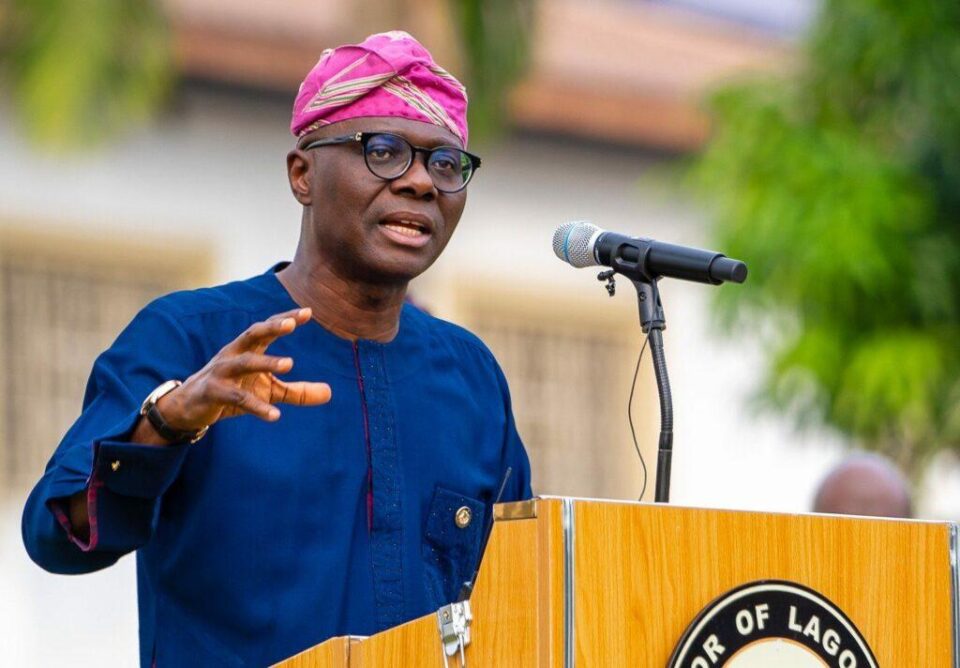 Lagos State has earmarked huge capital expenditure in the 2022 fiscal year to service key growth areas in order to consolidate the recovery of the State’s economy and positively transform residents’ livelihoods.

In the proposed N1.388 trillion budget for year 2022 presented to the House of Assembly on Wednesday, Governor Babajide Sanwo-Olu said the State would be spending N325 billion to deliver vital infrastructure projects in key sectors to energise and expand the growth of the State’s economy.

The human capital development drive of the Sanwo-Olu administration is projected to take a leap in 2022, with an allocation of 21.24 per cent combined in the total expenditure to education and health.

The financial proposal, christened “Budget of Consolidation”, will be the last full-year fiscal plan of the State before the next general election.

Sanwo-Olu said the coming year presented an opportunity for the State Government to consolidate on the progress recorded by his administration, while leveraging investment in-flow, partnership and business-friendly policies to maximally translate his achievements into noticeable positive impact in the lives of residents.

About N823.4 billion, representing 59 per cent of the 2022 budget, is earmarked for capital expenditure. Recurrent expenditure, representing 41 per cent, is N565 billion, which includes personnel cost, overhead and debt services.

The Governor noted that his administration had clearly articulated its vision in governance through the T.H.E.M.E.S Agenda in the last two years, adding that the State was now looking towards the future with the activation of the implementation of a 30-year development plan (2021-2051) which replaced previous 13-year growth plan developed in 2012.

He said: “Year 2022 Budget is the next step on our journey to true and sustainable greatness in Lagos. The challenging environment requires that we focus our interventions on areas of greatest social impact and achieving the greatest good for the greatest number in the shortest possible time. Next year is an excellent opportunity for us to consolidate on what we have done so far, and ensure that every effort, investment inflow, partnership, business policy is translating maximally into noticeable positive impact in the lives of our people.

“It is in this light that we are presenting the Year 2022 Budget of Consolidation with a size of N1,388,285,459,990.51. This financial proposal is presented with a sense of duty and absolute commitment to the transformation of Lagos to a preferred global destination for residence, commerce, and investment. The budget projects to see a continuing but gradual recovery to growth in economic activity as the global economy cautiously recovers from the impact of the Coronavirus pandemic.”

Of the total proposed expenditure, N1.135 trillion would accrue from Internally Generated Revenues (IGRs) and federal transfers, while deficit financing of N253 billion would be sourced from external and domestic loans, and bonds projected to be within the State’s fiscal sustainability parameters.

The State would be earmarking an aggregate of N137.64 billion, representing 9.92 per cent of the 2022 budget, for the funding of green investment in Environment, Social Protection, Housing and Community Amenities.

On Security, the Governor explained that the State’s continued investment in the sector had reaped positive dividends, stressing that more allocation would be channeled to security in 2022 to make Lagos safer for living, working and investment.

“These rails, when completed, will deliver a combined 32.5 million people every month on their respective routes, reducing travel time by over 250 per cent, increasing the productivity and quality of life of our people.

“The Red line will come with eight new modern train stations, 10 new overpasses and 13 pedestrian bridges. These ambitious projects are expected to be commissioned in the fourth quarter of 2022.”

The outgoing year’s budget, Sanwo-Olu said, performed “remarkably well” despite the challenges encountered by the State, noting that the expenditure performance at the third quarter of 2021 rose to 80 per cent.

The Governor said the need to stabilise the State’s economy led to the adoption of far-reaching cost saving measures, including restructuring of local borrowings to reduce overall debt service obligations on Lagos.

“The State Government has successfully restructured all existing loan facilities, translating into a reduction in interest rates from an average of 18 per cent to about 12.75 per cent. This year, Fitch, a reputable international rating agency, upgraded the rating of Lagos from AA+ to AAA, reflecting Lagos’ capacity to service its financial obligations, compared with national and international peers, as well as its resilient operating performance during the pandemic,” Sanwo-Olu said.

The Governor thanked Lagosians for supporting and standing by his administration in the past two years. He said there were more challenges lying ahead, urging the residents to join hands with him in delivering his programmes for common good. He assured that the pace of governance would be amplified in the coming years.

The Speaker, Rt. Hon. Mudashiru Obasa, praised the Governor for the “outstanding performance” of the 2021 budget, especially in infrastructural renewal and wealth creation among other things, promising speedy and meticulous vetting of the 2022 expenditure proposal. 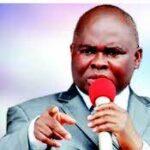 Our Leaders should fear God and also rule in the fear of God, Pastor Muoka urges Leaders 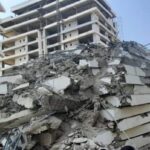 Enugu state govt plans for civil servants to own houses

Another feather in the cap of Gen Shuaibu Ibrahim

Why Forgiveness Day is commemorated in Plateau- DG Peace Building